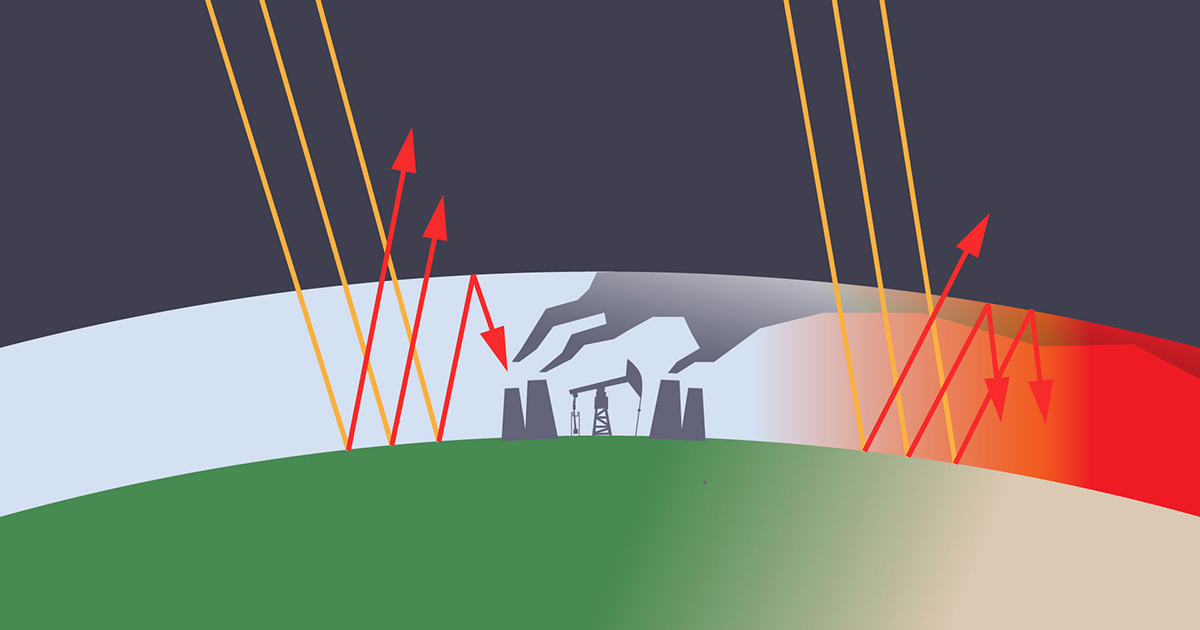 The Greenhouse Effect, What We Know

How does the greenhouse effect work and how do we know that human activity is influencing and growing it? These questions have been studied and understood for a long time. However, very few examples exist where physics and chemistry have been so misunderstood and called into question by non-scientists.

“Incoming light from the sun, hits the surface,” says astrophysicist and science communicator Neil deGrass Tyson. “The Earth absorbs much of that energy, which heats the planet up and makes the surface glow in infrared light. But, the carbon dioxide (CO2) in the atmosphere absorbs most of that outgoing heat radiation, sending much of it right back to the surface. This makes the planet even warmer.”

“That’s all there is to the greenhouse effect,” he says. “It’s basic physics—just bookkeeping of the energy flow. There’s nothing controversial about it.”

Since human beings have been around, there has been a pretty astounding balance between the greenhouse gasses in our atmosphere and natural carbon sinks like forests, and the ocean.

Beginning around the time of the Industrial Revolution, carbon dioxide and other greenhouse gasses began to increase in our atmosphere like no other time in human history. This is attributed to the combustion of fossil fuels like coal, oil, and gas.

Could the new greenhouse gasses be from volcanoes? Volcanoes do produce carbon dioxide, after all. “Let’s take the largest scientific estimate,” Neil deGrasse Tyson says, “about 500 million tons of CO2 entering the atmosphere, every year. Sounds like a lot, right?”

“But, that’s not even 2 percent of the 30 billion tons of CO2 that our civilization is cranking out every year. And, funny thing, the measured increase of CO2 in the atmosphere tallies with the known amount that we are dumping there by burning coal, oil, and natural gas,” he says.

Scientists from around the world, from wildly diverse areas of study, and from countless institutions—public and private—resoundingly agree - human activity is causing rapid climate change.

“Unlucky for us,” Neil deGrasse Tyson says, “the main waste product of our civilization is not just any substance, it happens to be the chief climate regulating gas of our global thermostat.”

Below, is a four-minute video, which succinctly and simply explains climate change, how it works and why it is imperative that you care about it.

Join the conversation; become part of the solution.