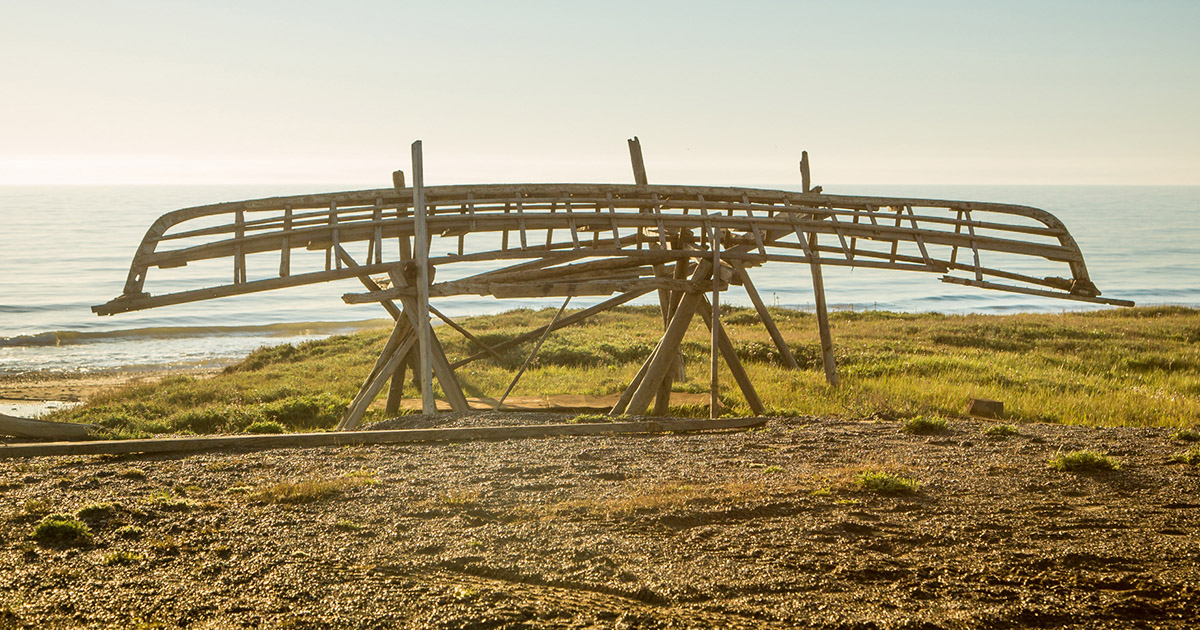 On The Front Lines

Eben Hopson is a talented, 17-year old, student filmmaker from Utqiagvik (formerly Barrow), Alaska who has recently released a short film titled simply, “Climate Change.” Hopson manages to pack a lot into his four-minute film and the message couldn’t be clearer — climate change is real and climate change is already impacting his community.

Few places in North America could be considered more on the front line of climate change than Utqiagvik. Global warming is presenting several challenges to the community of 4,500 people — fall storms on a now ice-free ocean, rising sea level, melting permafrost and adverse impacts to wildlife and subsistence resources.

“I've always been aware of climate change, from a really young age,” says Hopson. “I thought, ‘what the heck? This is really different than how it was before,’ and that’s where it all started.  I've read books about my hometown and during the Grey Whale Rescue, known as Operation Breakthrough in October of 1988. The weather was way different than how it is now. [In 1988,] it was -30 below with the ocean frozen over, and now it’s 30 above with open water for miles on end, with no ice in sight.”

The National Weather Service concurs with Hopson, and in a 2013 report wrote: “The twenty-first century autumn climate of Barrow, and throughout the circumpolar Arctic, will continue to be dramatically different than that experienced within living or cultural memory. There is nothing abstract or hypothetical about climate change at Barrow.”

With help from the Arctic Slope Regional Corporation and world-renowned video producer Aron Ranon, Hopson set out to make a short film to show the rest of the world what conditions in his Arctic home are like.

Through interviews with community elders, local leaders, and scientists, Hopson’s film leaves viewers with plenty to consider. The filmmaker weaves footage from a recent fall storm, which threatened the community, and a beautiful soundtrack of traditional Inupiaq music, to provide a glimpse of a community on the front lines in a way only a talented local could deliver.

Stories from elders provide wisdom and a perspective about how much things have changed in Alaska in such a short time. Stories from youth are equally important. The youth are waking up to the reality of climate change and realizing what they will inherit if we don’t begin to take corrective action now.

To learn more about what you can do to address climate change click here.