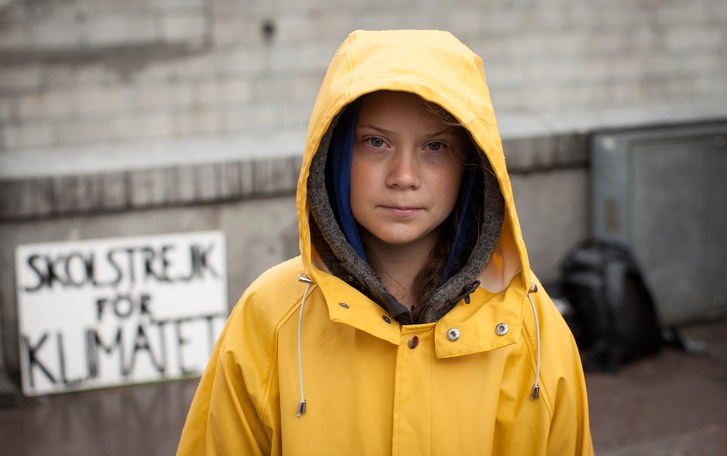 Greta Thunberg's Reasons For Hope in 2019

Greta Thunberg is a 16-year-old Swedish climate activist. In August 2018, Greta began a school strike for climate outside the Swedish parliament building, to raise awareness of global warming and to call out her own government’s inaction. Greta delivered a powerful addresses at the 2018 UN Climate Change Conference, which caught the attention of the global media due in large part to her unflinching language and clear focus on where to ascribe blame.

More recently, Greta delivered another address at the World Economic Forum in Davos, Switzerland. This 16-year-old spoke resolute truth to power when she said, "Some people say that the climate crisis is something that we all have created, but that is not true, because if everyone is guilty then no one is to blame. And someone is to blame. Some people, some companies, some decision-makers in particular, have known exactly what priceless values they have been sacrificing to continue making unimaginable amounts of money. And I think many of you here today belong to that group of people."

In the words of Jane Goodall, “What you do makes a difference, and you have to decide what kind of difference you want to make.” Greta Thunberg is unambiguously aware of the sort of difference we must make if we want our civilization and biosphere to survive.

Here are the six things that happened 2018 that gives Greta Thunberg hope in 2019.

May 2019 be the year when we start to change everything.