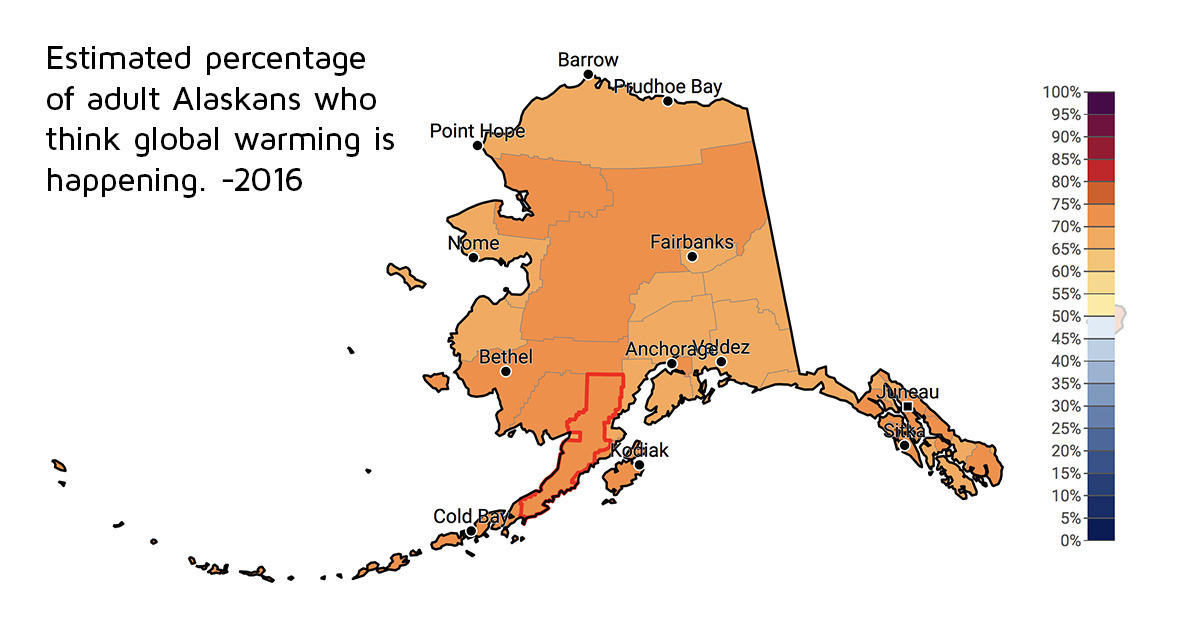 “Public opinion about global warming is an important influence on decision making about policies to reduce global warming or prepare for the impacts,” write the authors of the survey. “But American opinions vary widely depending on where people live.” The survey authors have recently updated their findings from the 2014 survey data to 2016 data.

Generally, belief in global warming has grown over the two year time period. This will come as little surprise to many considering 2016 was the hottest year on record. From temperature archives stretching back to 1880, 2016 was the hottest year so far. Scientific research indicates that the planet hasn’t been this warm in over 115,000 years, and carbon dioxide levels have not been as high as they are in over 4 million years.

These rapid global changes, coupled with our scientific understanding as to why they are occurring, has led the majority of American citizens to believe in global warming. Awareness in what to do about it, as the survey shows, is more variable.

Browse through the interactive map HERE to see what people think throughout Alaska and the rest of the nation. Compare the statistics of where you live with where your family or friends live, and observe the variability within Alaska’s boroughs regarding the numerous questions the study authors posed. If you are still interested, read through the methodology of the research, survey questions, and about the climate change communication program.

After reviewing this information, we entreat you to reflect on the words of Desmond Tutu, who said, “Twenty five years ago people could be excused for not knowing much, or doing much, about climate change. Today we have no excuse.”

It is time to come together as Alaskans to fight climate change, defend our way of life, and embolden the industries of the future.

To learn more about what you can do to address climate change click here.