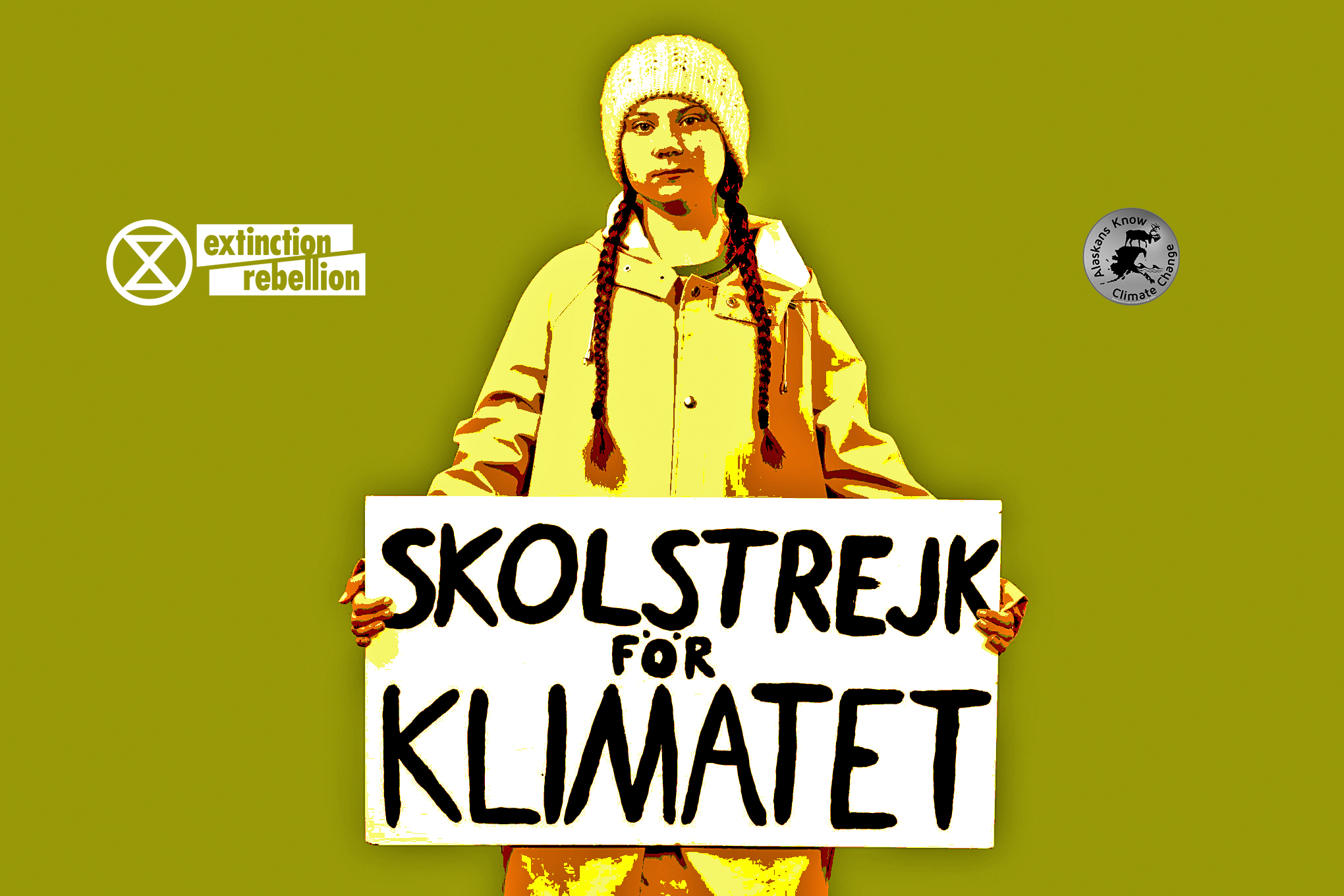 Everything Needs to Change. And it Has to Start Today.

Listen to Greta Thunberg and UK band, The 1975. The track will feature as the opening song on The 1975's album "Notes on a Conditional Form."

"Everything needs to change. And it has to start today. So, everyone out there, it is now time for civil disobedience. It is time to rebel."

In that time unprecedented changes in all aspects of society needs to have taken place including a reduction of our co2 emissions by at least 50% and please note that those numbers do not include the aspect of equity which is absolutely necessary to make the Paris agreement work on a global scale. Nor does it include tipping points or feedback loops like the extreme powerful methane gas being released from the thawing Arctic permafrost.

At places like Davos people like to tell success stories but their financial success has come with an unthinkable price tag. And on climate change we have to acknowledge that we have failed. All political movements in their present form have done so. And the media has failed to create broad public awareness. But Homo sapiens have not yet failed. Yes we are failing but there is still time to turn everything around we can still fix this, we still have everything in our own hands. But unless we recognize the overall failures of our current systems we must probably those probably don't stand a chance.

We are facing a disaster of unspoken sufferings for enormous amounts of people and now is not the time for speaking politely, we're focusing on what we can or cannot say. Now it's the time to speak clearly. Solving the client crisis is the greatest and most complex challenge that Homo sapiens has have ever faced.

There are no gray areas when it comes to survival. Now we all have a choice. We can create transformational action that will safeguard the future living conditions for humankind, or we can continue with our business as usual and fail. That is up to you and me.

Here in Davos, just like everywhere else, everyone is talking about money. It seems that money and growth are our only main concerns. And since the climate crisis is a crisis that has never once been treated as a crisis, people are simply not aware of the full consequences of our everyday life.

People are not aware that there is such a thing as a carbon budget, and just how incredible small that remaining carbon budget is. And that needs to change today. No other current challenge can match the importance of establishing a wide public awareness and understanding of our rapidly disappearing carbon budgets that should and must become a new global currency in the very heart of future and present economics.

We are now at a time in history where everyone with any insight of the climate crisis that threatens our civilization and the entire biosphere must speak out in clear language, no matter how uncomfortable and unprofitable that may be. We must change almost everything in our current societies. The bigger your carbon footprint is, the bigger your moral duty. The bigger your platform the bigger your responsibility.