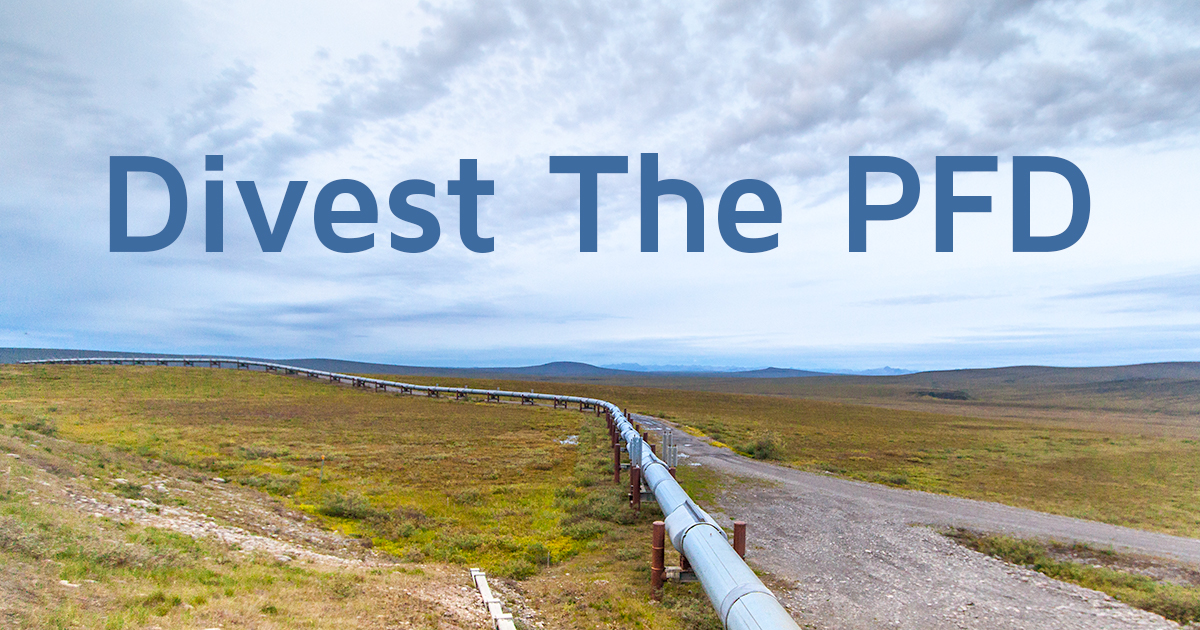 For the first time in its 40-year history, the Alaska Permanent Fund Corporation (APFC) will hold a work session on Environmental, Social, and Governance (ESG) investing, including fossil fuel divestment, at its Board of Trustees meeting tomorrow, Wednesday May 23, in Anchorage.

The APFC meeting will be held in Room 104 of the Atwood Building, 550 West 7thAve. in Anchorage.  The regular quarterly meeting opens with public comment at 08:30 and the ESG session follows from 09:15 to 11:15.

APFC Board Chair William Moran ordered the panel following testimony from members of the statewide fossil fuel divestment citizens coalition at the last two Board meetings (Dec 2017, Feb. 2018), where they presented a letter signed by more than 450 Alaskans urging APFC to divest its fossil fuel holdings.

The coalition urged APFC Trustees to include in tomorrow’s panel representatives from the Norwegian central bank, New York State and other recognized fossil fuel divestment experts, however APFC rejected their recommendations in favor of more traditional investment advisors.

“The purpose of the Permanent Fund has always been to prepare Alaska for the time when fossil fuels were no longer a reliable revenue source. The rapid global energy market shift to renewables, Paris Accord commitments and climate science are clear indicators that the fossil fuel era is coming to a close. These investments are too risky and already costing Alaskans – the Permanent Fund shareholders - millions in lost revenue,” said Coalition member Ceal Smith with the Alaska Climate Action Network.

“The Alaskans Know Climate Change education campaign strongly supports divesting the Permanent Fund from all fossil fuel investments” said coalition member Bjorn Olson, “joining the fast-growing global divestment campaign is one way we as individuals, communities and a state can begin to reduce climate change by tackling its ultimate causes.”

“Someone once noted: ‘A dead planet is bad for business.’ Indeed, it would be,” said Rick Steiner, a conservation biologist and former University of Alaska professor. “Fossil fuels are a bad investment for many reasons – ethics, environment, and finance. It is time the Alaska Permanent Fund divests these risky holdings,” Steiner said.

The Alaska Divestment Coalition petition urging APFC to divest from its $5 billion in fossil fuel holdings has now been signed by more than 450 Alaskans. The Coalition will once again present it to the Board of Trustees tomorrow morning. Link to the petition HERE

The coalition’s public records request earlier this year disclosed internal resistance to the divestment proposal among APFC staff.  In a Feb. 26, 2018 email, APFC Chief Investment Officer Dr. Russell Read stated (emphasis added): "As you know from last week's APFC Board meeting (Feb.21-22), our May meeting will include an ESG Symposium which will include a discussion regarding fossil fuels divestment." However, Read went on to state that: "we do not believe that mandated divestment from sectors is a good idea," citing other experiences with tobacco, gambling, energy etc., asserting that such divestment "has generally led to a sacrifice of return (due to limiting the opportunity set for our investments) and a concentration of risks (due to a less diversified portfolio)."

The divestment coalition finds this statement troubling, inaccurate, and prejudicial to objective evaluation of the issue, noting that many large banks and investment funds have either already divested, or are considering divesting fossil fuel holdings as they pose substantial risk of devaluation in a growing decarbonized economy.  For instance, as recently reported, the much larger ($1 trillion) Norway government oil fund is considering divesting its $37 billion in fossil fuel holdings, due to the financial risk these holdings pose.

While the Norway Fund has about 4% of its total portfolio in fossil fuels, the Alaska Fund has about 8%. Thus, Alaska currently has twice the fossil fuel exposure/risk as Norway, which is now considering divestment due to financial risk.

Additionally, the Norway Fund has an ethical investment screening process that excludes or monitors 165 companies due to serious human rights violations, gross corruption, or severe environmental damage.  Astonishingly, the Alaska Permanent Fund remains invested in most of these companies excluded by Norway. The Alaska divestment coalition proposes that Alaska, at a minimum, adopt the Norway ESG model.

The Alaska divestment coalition has also asked for the total performance (gain/loss) of these aggregate fossil holdings over time, yet APFC staff claim they cannot provide such. But in our own separate assessment of major (over $10 million) public oil equities held by the Fund in December, we calculated that these holdings had an aggregate book value of $728 million, market value of $704 million, and a total loss of $24 million or 3% (over an unspecified time period).  As well, this poorly preforming investment in fossil fuels by APFC precluded potential significant gains in other more profitable holdings. The Fund’s fossil fuel holdings are already losing Alaskans money, and this will continue.

Specific actions requested by the citizens’ coalition at tomorrow’s meeting include a request to APFC Trustees to adopt an Environmental, Social, & Governance screening process, similar to the Norway oil fund and to direct staff to fully evaluate performance and risk of all fossil fuel holdings, and to divest all such holdings as appropriate.

Alaska divestment coalition members will be available for media interviews before and after the ESG session.