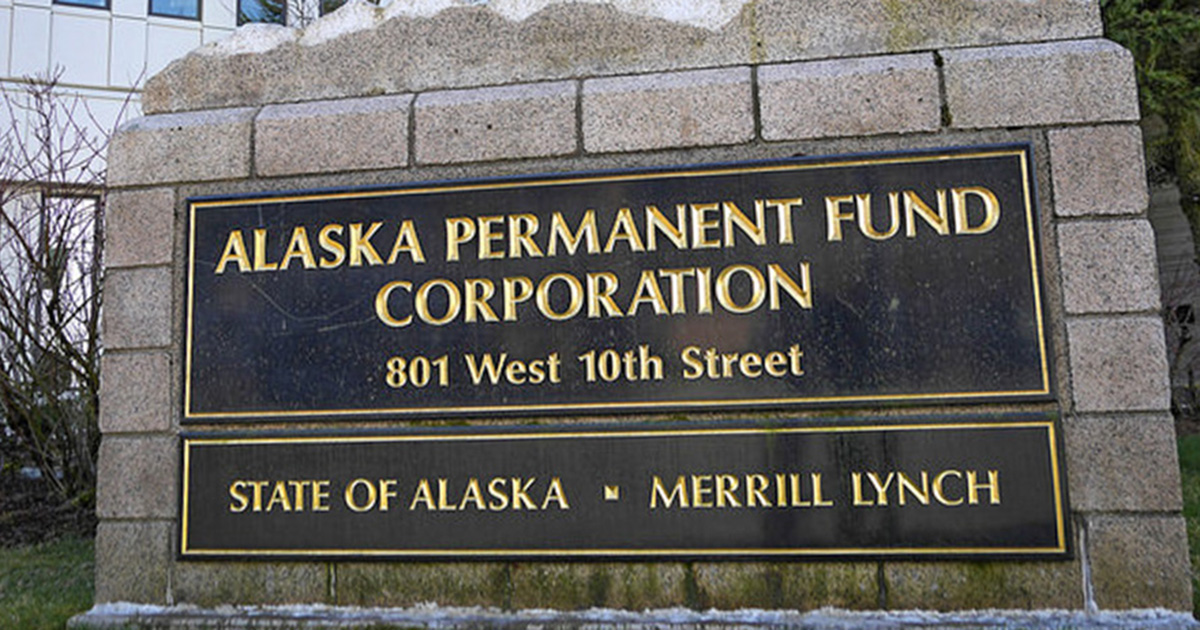 Organizations around the world are divesting from fossil fuels, and a lot of the talk is about the moral imperative to do so in the face of climate change. But at this point it may also make financial sense. The Permanent Fund may have been losing money on fossil fuel investments, and it’s reasonable to expect they'll lose money even faster in the future.

Divestment is the opposite of investment and is the process of selling off assets for financial, environmental or social goals. Selling and withdrawing assets from fossil fuels represents the fastest growing divestment movement in the world. Currently, there have been $5.58 trillion (that’s trillion with a T) divested from fossil fuel assets - by individuals, faith-based organizations, retirement funds, governments, and many other institutions.

In early December of 2017, The Alaska Climate Action Network drafted a petition calling on the Board of Trustees of the Alaska Permanent Fund Corporation (APFC) to divest the fund from its fossil fuel assets. With little fanfare or press, the petition garnered 240 signatures in time for a December 12 meeting in Anchorage, Alaska with the Board of Trustees.

At the December 12th meeting, University of Alaska faculty Richard Steiner, who has long advocated for Permanent Fund divestment, and Ceal Smith, founder of the Alaska Climate Action Network, spoke on behalf of the newly formed Coordinated Climate Action Work Group - a statewide grassroots coalition working to advance action on climate change. Both made comments to the Trustees; advocating for divesting the Alaska Permanent Fund from its fossil fuel assets.

In November of 2017, the Norwegian Sovereign Wealth Fund—a fund worth $1 trillion—announced that they would begin considering divesting its holding in fossil fuels. “It’s very significant symbolically because it sends a signal that even the people who make money from oil and gas are coming up with divestment plans,” said Michael Webber, deputy director of the Energy Institute at the University of Texas at Austin. “The Norwegian view is that oil has had a good run and will have a good run for a couple of decades but it’s not the only future that is out there.”

The recommendation by the Norwegian central bank—which manages the fund— rested “exclusively on financial arguments.” It added, “Climate change and the environment did not even merit an aside – the advice is all about a fund manager maximizing value for their client.”

Alaska’s Permanent Fund is currently worth $62 billion. Fossil fuel investments are $4.9 billion or 7.76% of the total Fund. Rick Steiner wrote in an email that, “A brief summery of major public oil stock holdings of the Permanent Fund shows that they have in aggregate lost about 3% in value ($702 million down to $680 million), over an unspecified time period.” He went on to write, “And the unrealized gains on this amount of money are considerable, in the hundreds of millions. As the market has doubled in the past 6 or 7 years, this substantial amount of money should have increased in value correspondingly as well. Instead, these oil equities have lost value.”

It would appear that investments by the APFC in fossil fuels are currently not attaining these ends.

Following the December 12th meeting, the Alaska Permanent Fund Corporation Board of Trustees directed its staff—in a historic move—to prepare an Environmental and Social Governance (ESG) Investment session for a future Board meeting.

Steiner has also asked a number of representatives in the Alaska Legislature to hold a Legislative Oversight Hearing on this issue, before the next APFC Board meeting on February 21-22, 2018.

“The pitch to the Legislature,” he writes, “is that, as the [current State] budget proposal is for some APF earnings to be used to fund state government, and the APF has remained invested in fossil fuels costing the fund perhaps billions of dollars in unrealized gains in this “bull market” and this could impact the ability to fund state government.” He goes on to say, “A Legislative oversight hearing should be held to examine the issue [of divesting the Permanent Fund]."

Beyond making economic sense, divestment in fossil fuels sends a strong message to fossil fuel companies. Scientists tell us that if we are to avoid the worse case scenarios of climate change, and remain below the recommended 2°C global temperature increase from pre-Industrial times, much of the remaining fossil fuel reserves must remain in the ground.

There are 2795 gigatons worth of greenhouse gasses in the known, untapped fossil fuel reserves. If we want to remain below the 2°C threshold, we can only emit an additional 565 gigatons of greenhouse into our global atmosphere.

Divesting the Permanent Fund makes sound economic and moral sense. It is time we come together as Alaskans to fight climate change, defend our way of life and embolden the industries of the future.

Add your name to the petition by clicking here.