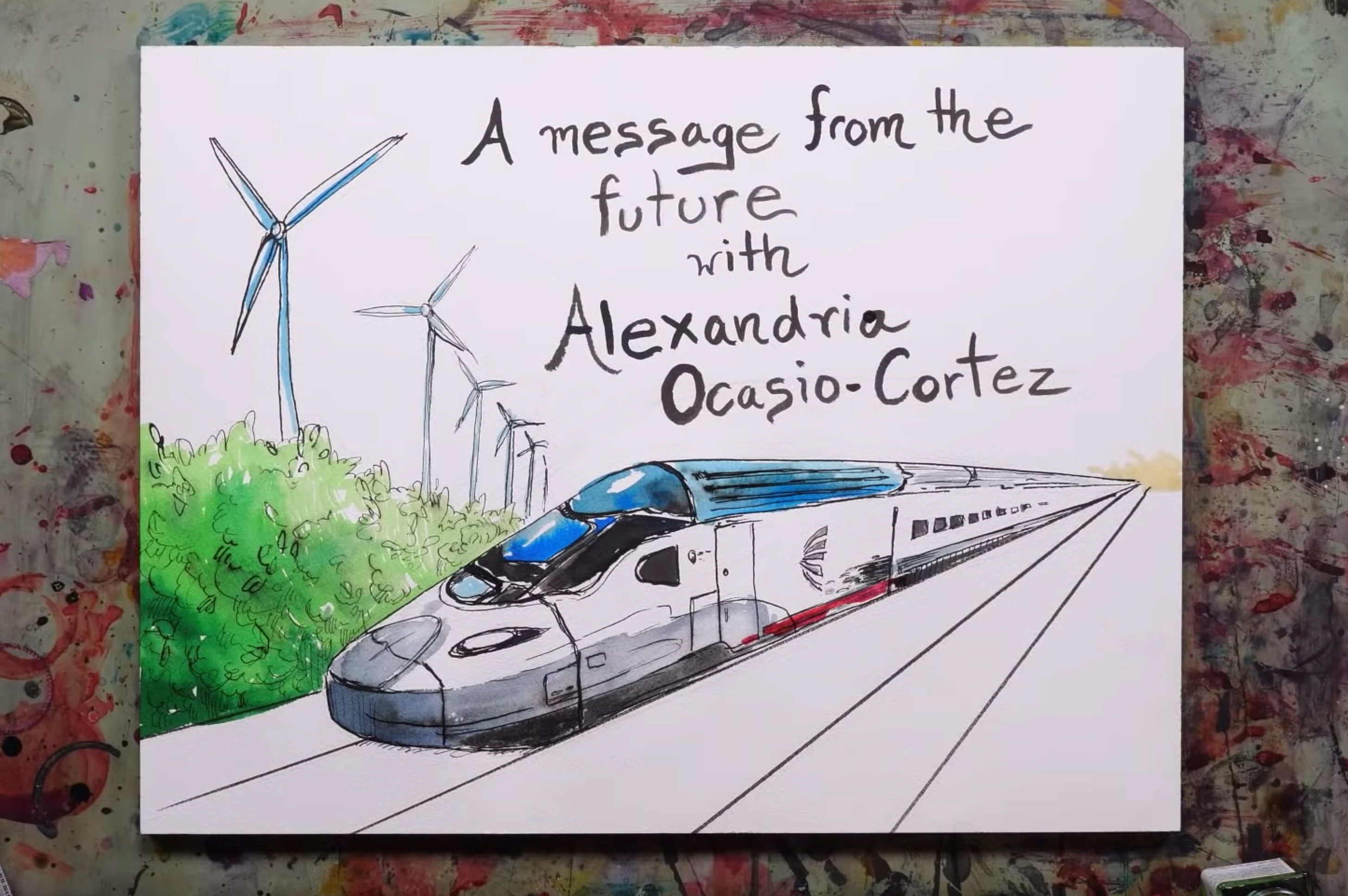 A Green New Deal Message From the Future

What if we actually pulled off a Green New Deal? What would the future look like? The Intercept presents a film narrated by Alexandria Ocasio-Cortez and illustrated by Molly Crabapple.

What if we actually pulled off a Green New Deal? What would the future look like?

Set a couple of decades from now, the film is a flat-out rejection of the idea that a dystopian future is a forgone conclusion. Instead, it offers a thought experiment: What if we decided not to drive off the climate cliff? What if we chose to radically change course and save both our habitat and ourselves?

We realized that the biggest obstacle to the kind of transformative change the Green New Deal envisions is overcoming the skepticism that humanity could ever pull off something at this scale and speed. That’s the message we’ve been hearing from the “serious” center for four months straight: that it’s too big, too ambitious, that our Twitter-addled brains are incapable of it, and that we are destined to just watch walruses fall to their deaths on Netflix until it’s too late.

This film flips the script. It’s about how, in the nick of time, a critical mass of humanity in the largest economy on earth came to believe that we were actually worth saving. Because, as Ocasio-Cortez says in the film, our future has not been written yet and “we can be whatever we have the courage to see.”

Film by The Intercept, narrated by Alexandria Ocasio-Cortez and illustrated by Molly Crabapple.